Notice of Lane Closures from the Illinois Tollway Authority

NOTICE OF LANE CLOSURES FROM THE ILLINOIS TOLLWAY AUTHORITY:

All ramps and toll plazas remain open during construction

Work at the East Riverside Boulevard (Plaza 2) Interchange is scheduled to begin on Friday, August 21, on the eastbound entrance and westbound exit ramps at I-90 and be complete in late September. Work will begin with the closure of the I-PASS or Pay Online lanes at each of the two ramp toll plazas for approximately two weeks. Once complete, the cash lanes at each of the two ramp toll plazas will close for approximately two weeks. Cash customers accessing the Tollway via the I-PASS lanes will need to pay online within seven days of using the toll plaza. Up to 7,270 vehicles use the two ramps on a daily basis. While ramp repairs are underway, no more than one toll collection lane at each ramp plaza will be closed at a time. Each of the plazas has one automatic coin machine and one I-PASS or Pay Online lane. I-PASS customers will have access at all times, while cash customers will be directed to pay tolls online at www.illinoistollway.com within the Illinois Tollway’s seven-day grace period when lanes with automatic coin machines are closed. I-PASS is accepted at all times in cash lanes throughout the Tollway system.

The Tollway is coordinating work at the Illinois Route 173 and East Riverside Boulevard Interchanges with the cities of Rockford and Loves Park, the village of Machesney Park and the Illinois Department of Transportation. 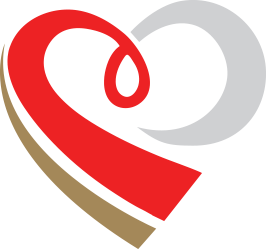